The passage of the Inflation Reduction Act would mean that Democrats would cut seniors’ Medicare prescription drug benefits ahead of the midterms.

The Senate passed the Democrats’ $700 billion Inflation Reduction Act on Sunday, setting up a vote later this week for the House to pass the bill and make the deal law.

However, in the Democrats’ aim to reduce prescription drug prices, they slipped price controls into the Medicare Part D section of the Inflation Reduction Act.

The legislation would alter Medicare Part D by: 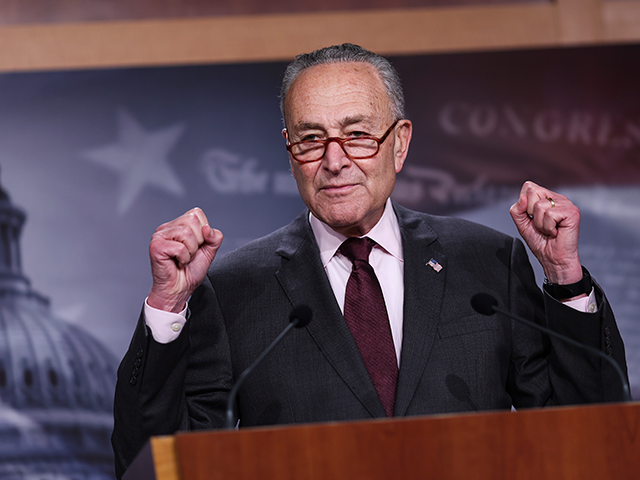 Democrats took a significant hit on Saturday, when the Senate parliamentarian, Elizabeth MacDonough, ruled that the Inflation Reduction Act’s provision to force pharmaceutical companies to give rebates for their products sold to private insurers exceeded inflation and violated the Senate rules on reconciliation. This would have acted as a cushion to the Medicare Part D redesign under the Inflation Reduction Act.

This could lead to patients with private insurance paying higher costs for prescription medications by “disincentivizing” pharmaceuticals from keeping prices lower. 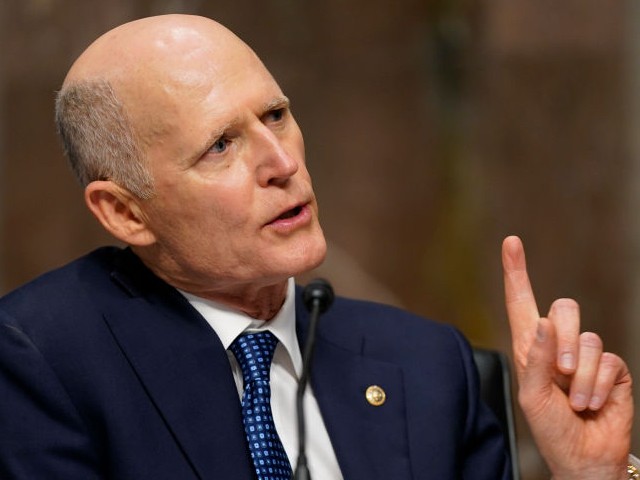 This lost provision would have eliminated $288 billion in savings that Democrats hoped to create under the Inflation Reduction Act.

While Senate Majority Leader Chuck Schumer (D-NY) lamented the loss of the rebate program, he hailed the bill as a stepping stone to taking on “Big Pharma.”

“This is a major victory for the American people,” Schumer explained. “While there was one unfortunate ruling in that the inflation rebate is more limited in scope, the overall program remains intact and we are one step closer to finally taking on Big Pharma and lowering Rx drug prices for millions of Americans.”

After voting against the Inflation Reduction Act on Sunday, Sen. Rick Scott (R-FL) slammed Democrats for, among other issues, cutting Medicare for seniors:

After helping Joe Biden drive America into a recession and create the highest inflation in 40 years, Senate Democrats just doubled down on their attacks by targeting seniors, job creators and every American family. With their new reckless tax-and-spending spree, Democrats have launched a WAR ON SENIORS and a WAR ON AMERICAN JOBS that hikes taxes and will result in far fewer life-saving drugs. Worse still, with a supersized IRS that just got $80 BILLION more in its budget to hire 87,000 more agents, Joe Biden’s federal government is coming after every penny you have with more audits. The Democrats’ radical socialist agenda of bigger government and higher taxes isn’t working. The only thing that will come from this is even MORE SPENDING, HIGHER TAXES AND MORE INFLATION. The Democrats are destroying our country, killing retirements and crushing the American Dream for millions, but they don’t care. [Emphasis added]

He added, “This is a sad day for the country, but I will never stop fighting for Florida families and to put an end to Joe Biden’s failed agenda.”

Ike Brannon, a former principal economic adviser for the late Sen. Orrin Hatch (R-UT) and former senior adviser for tax policy at the Treasury Department, said in a statement:

You don’t need to be an economist to know that the drug provisions in the reconciliation bill will increase premiums for seniors and increase costs for everyone in the commercial health insurance markets. Giving the government the ability to negotiate some drug prices isn’t going to change that reality — and it will undoubtedly limit consumer access to some life-saving drugs.

Brannon said, “If lawmakers want affordability without disrupting consumer access, they should encourage more competition in the marketplace. That is what pharmacy benefit managers do.”